The following is a summary of global temperature conditions in Berkeley Earth’s analysis of November 2019.

Globally, November 2019 was the second warmest November since records began in 1850. 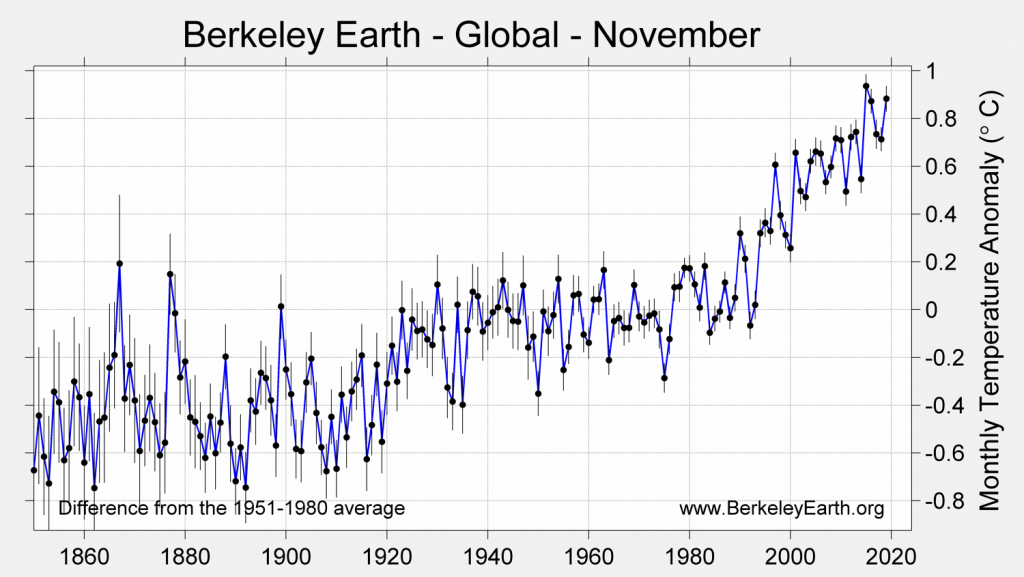 November 2019 was slightly cooler than November 2015 (by ~0.05 °C), but warmer than all other Novembers since global temperature estimates began in 1850. In part, November 2015 was warmer due to a major El Niño event that peaked in late 2015 and early 2016. This November, conditions in the tropical Pacific are considered to be neutral with neither El Niño warming nor La Niña cooling present. This state is expected to continue for at least the next few months.

Temperature anomalies in November 2019 showed an appreciable decline from October 2019.  However, this had the effect of returning global conditions to a state similar to those observed in May through September, following an unusually warm October. 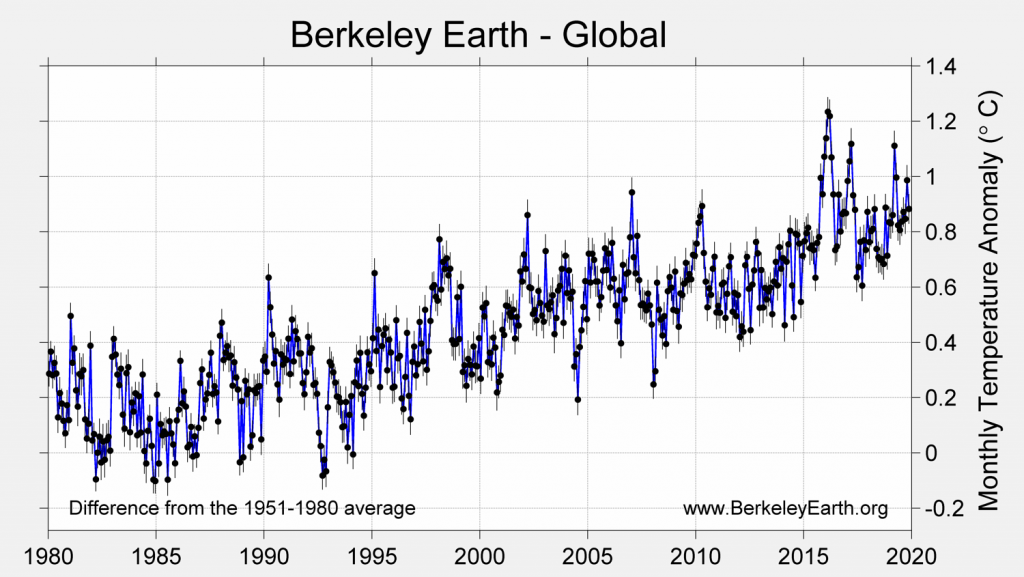 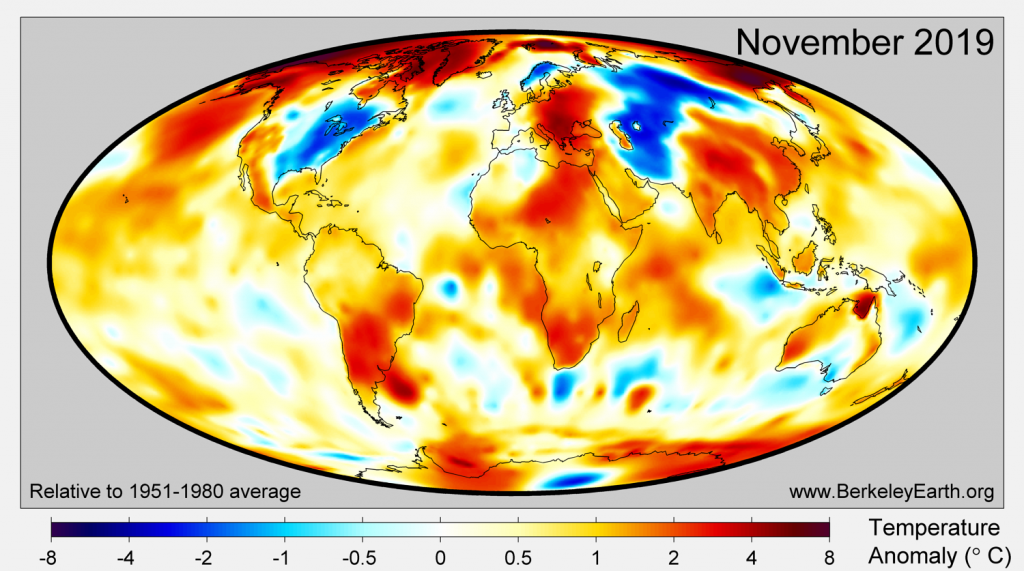 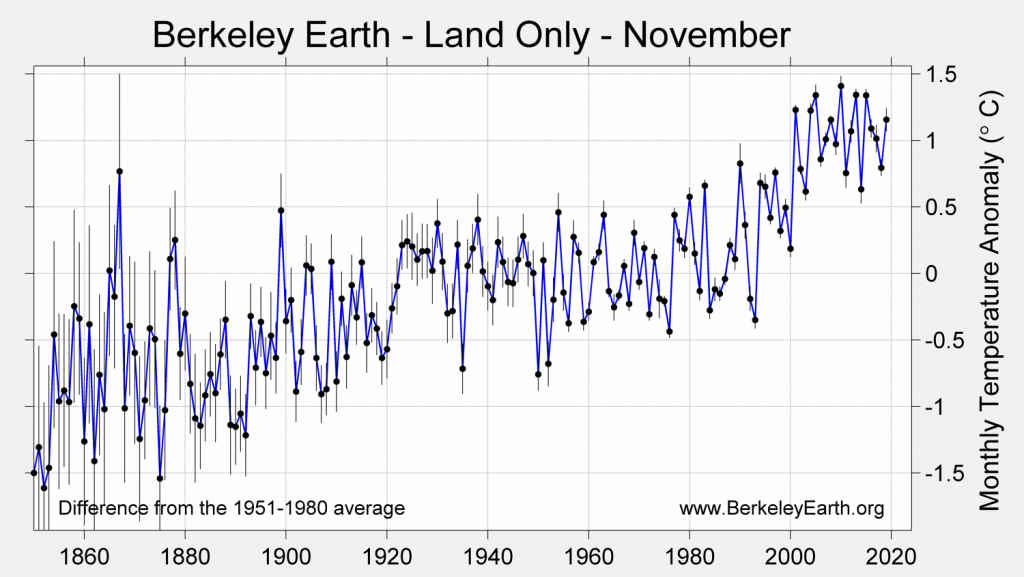 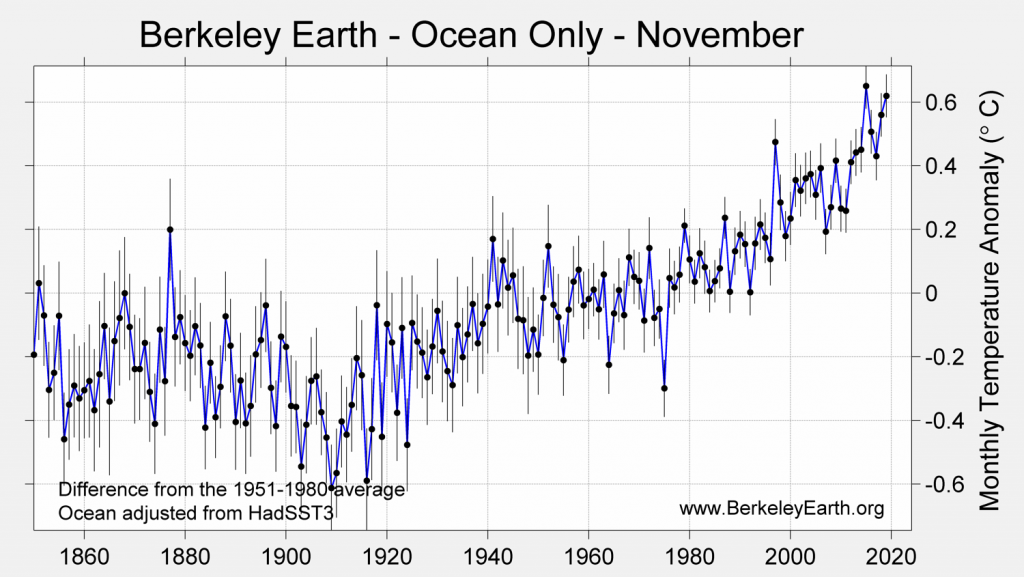 After 11 months, the Earth in 2019 has been marked by above average temperatures nearly everywhere, with the notable exception of a relatively cool conditions in part of North America. 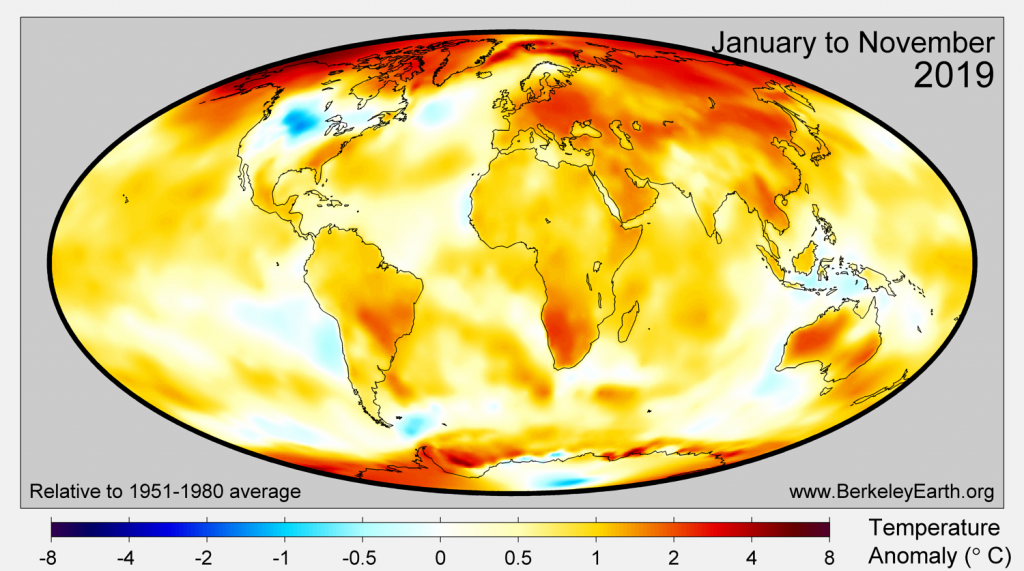 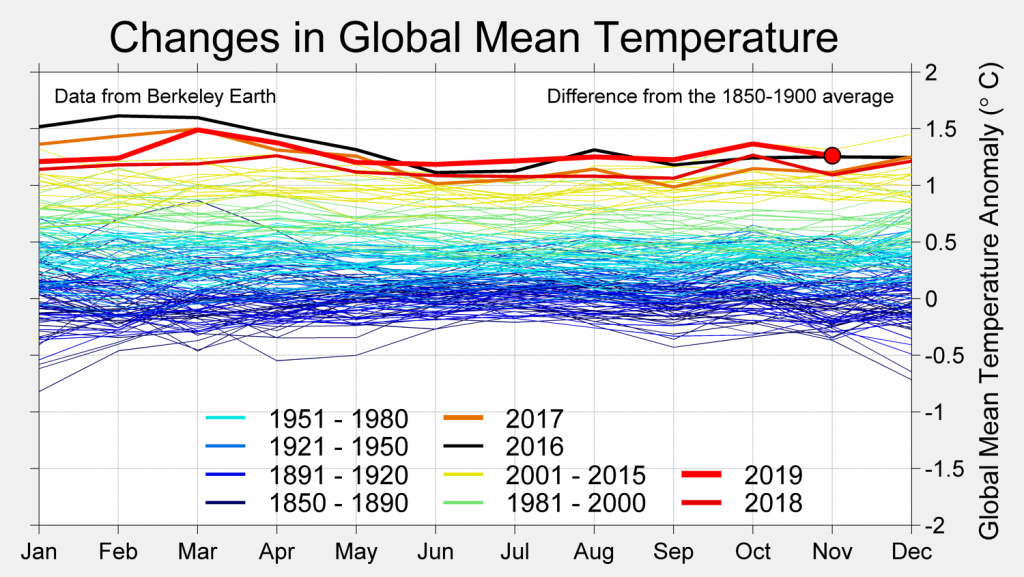 It appears nearly certain (>99% likelihood) that 2019 will conclude as the second-warmest year since measurements began in 1850, behind only the exceptional warmth of 2016. 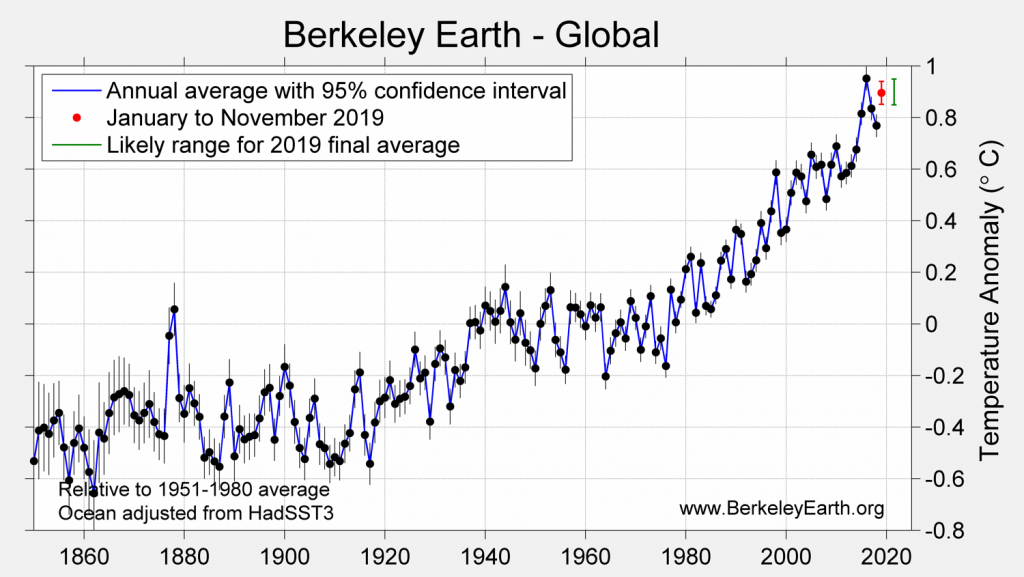