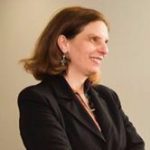 Of all extreme weather phenomena, heatwaves and extreme heat events are the most scientifically correlated to climate change; and also the most costly. Research conducted by the World Weather Attribution Group found that the Pacific Northwest heatwave of June 2021 would have been virtually impossible absent the effects of global warming. Additionally, studies have shown that the U.S. stands to lose up to $500 billion per year as a result of lost “workability” due to the impacts of extreme heat.

Enter Eleni Myrivili. Appointed last year as Chief Heat Officer for the city of Athens, Greece, the first such role on the European continent, Ms. Myrivili is working to raise awareness of the impacts of extreme heat, in addition to implementing adaptive strategies to ensure that Athens and other cities around the world can build resilience to the impacts of extreme heat events.

In this episode we discuss:
🏙 Ms. Myrivili’s journey from anthropology to urban climate resilience (1:50)
🌡 The idiosyncratic nature of heatwaves (8:30)
🥵 The impacts of heatwaves on urban quality of life… (11:01)
📉 …and how much extreme heatwaves impact GDP  (13:17)
🏛 How the built environment in Athens contributes to extreme heat island effects (18:08)
🌳 The symbiotic relationship between mitigation and adaptation, and the need for policy to address both (23:41)
🇬🇷 How climate and temperature data is being used to build resilience in Athens (32:48)
🌍 And how looking at climate change through the lens of anthropology can help improve climate outcomes (41:53)

Links to resources mentioned in this episode: